Why Do Huskies Pounce? What This Behavior Means 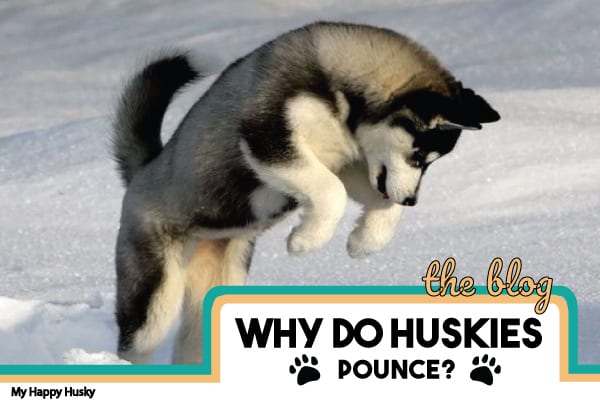 If there’s anything a Husky owner will vouch for, it’s how entertaining Huskies are to watch. Their energetic playful nature can make them do weird and wonderful things! One thing seen in Huskies is pouncing, just like cats. Let’s take a look at why huskies pounce?

The main reason why huskies pounce is because of their high prey drive. Pouncing on an object or the floor can be seen as a hunting strike, used to attack and catch prey. Nowadays, inside our household, it’s likely just an initiation of playtime.

Let’s take a closer look at the differences in pouncing and what it all means.

Siberian Huskies have a strong instinctual prey drive. This means that their desire to hunt, catch, and kill prey is bred into them.

The Husky is a breed that’s thousands of years old, originally bred by the Chukchi Tribe in Eastern Siberia. Back then, food was scarce and Huskies would have helped the tribe hunt and catch animals for food (on top of their sled-pulling duties).

After thousands of years hunting, you can tell that this skill is deeply ingrained into Huskies and shows it’self in many different ways. The act of hunting is quite literally part of who the Husky is.

The Act of Pouncing Explained: Why Huskies Pounce

I will be focusing on Prey Drive in this article, as this is what pouncing is linked to.

There is something called the predatory sequence. This is the natural hunting sequence followed by the Husky’s oldest ancestors, wolves. The sequence is as follows:

The grab part of the predatory sequence is where pouncing comes from. It’s a move to catch and hold prey. Pouncing can also be an act of play which I will discuss further below.

Pouncing will be learned from a young age:
When a Siberian Husky puppy is growing up, they will naturally start learning and demonstrating certain behaviors that are directly caused by their instinctual prey drive built into them. They may see their parents do this in front of them or they will naturally do it themselves without ever seeing it before.

Pouncing is seen in many other animals too:
Pouncing is a universal prey catching act that can be seen in many animals, not just Huskies. You can see this act, especially in the feline species. Pouncing is a power move that involves quickly jumping with the two front paws hitting hard on the target.

Other Reasons Why Huskies Pounce

As well as for catching prey, pouncing can also be seen as an act of playing, and huskies love to play.

There is no limit for Huskies, they can start pouncing on anything, as a domesticated pet, it’s likely always going to be for playing purposes. Pouncing can include:

When the pouncing isn’t an act of hunting. It will be typically for two reasons.

Siberian Huskies love to play and pouncing will be a part of this. When they have their favorite toy they will pounce, chew it, throw it around and will show pretty dramatic behavior. Playtime isn’t just limited to their toys either, it can also be with us or another animal.

Often times Huskies love nothing more than to give us an early morning wake up call in bed, by pouncing like a madman on us to wake us up. This can be quite hilarious, but also painful!

The second reason is to show dominance. This likely won’t be shown to you, as their clear pack leader, but to other puppies, dogs or animals, this rough “play” is actually a way of showing dominance.

A classic sign of dominance that you would have seen many times, is one dog pinning another dog down, and usually, the dog underneath if accepting of their dominance will submit and lay still.

What Breeds of Dog Pounce?

There are many breeds that display this kind of behavior and it isn’t just limited to Huskies. Although Huskies have the funniest pouncing videos on youtube! I’ll show you one further down!

And there are many, many more. All of these dogs have some level of built-in prey drive and will likely display pouncing behavior. Each breed and the individual dog is different and this will affect how much you actually see this behavior.

A hilarious video of a small Husky puppy trying to wake up a pig. This is a clear example of play pouncing. You can view the video from this page.

One Thing to Remember

This type of behavior is ok and it’s typically harmless. You shouldn’t be worried or alarmed by it.

However, if you have a husky puppy, I will stress the importance of training. Training your husky puppy will be absolutely necessary to have a well-behaved, obedient dog later on in life.

It’s easy to let your Husky puppy get away with certain behaviors, simply because they’re a puppy and cute. But this really isn’t any excuse and whenever your Husky puppy’s behavior becomes a little wild or uncontrollable you’ll realize the value of being able to say “stop” in a firm tone, and your puppy actually listens.

An example related to this post would be when your Husky gets a little carried away with pouncing and it can get past the point of being fun. You’ll want the ability to stop their behavior with a single word. I have an in-depth training article dedicated for training Husky Puppies, you might like to check it out.

Now that our fluffy friends are domesticated, pouncing shouldn’t be seen as anything negative or serious. Most of the time it will be an act of play, unless of course you are walking your Husky in the fields and they spot a small animal.

Maybe your Husky doesn’t display this particular behavior at all, that’s ok too. Each individual Husky is different and will display different behaviors.

My two favorite brushes for a beautiful coat are a simple Undercoat Rake and a Slicker Brush. These brushes when used together will de-shed and maintain your husky’s coat better than anything else.

If you would like to support My Happy Husky directly and have an easy to read and entertaining guide for training your husky puppy, check out my book The Husky Puppy Handbook on Amazon. All purchases are greatly appreciated.

Receive Your Own Husky Mail!

Welcome to the My Happy Husky pack. 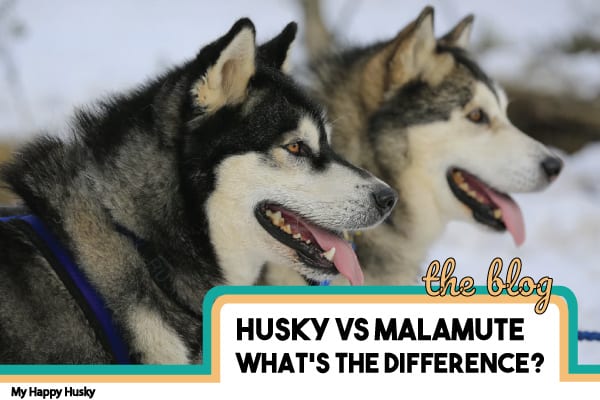 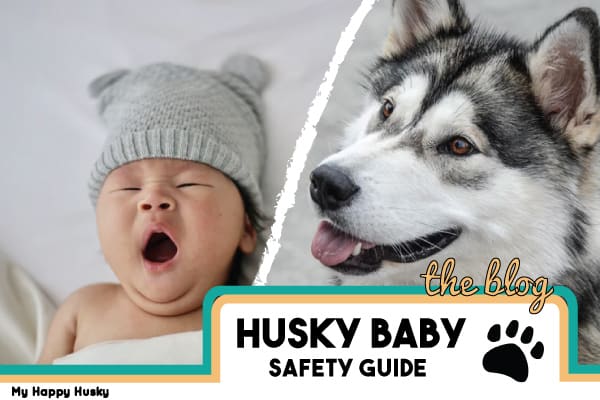